Overall, the survey revealed mostly positive feelings about the SSPD as 78% of those surveyed said they were satisfied with their position. The work environment was described in favorable terms and employees seem generally engaged. The environment at the SSPD has improved since 2015, although opportunities remain to increase engagement and satisfaction. 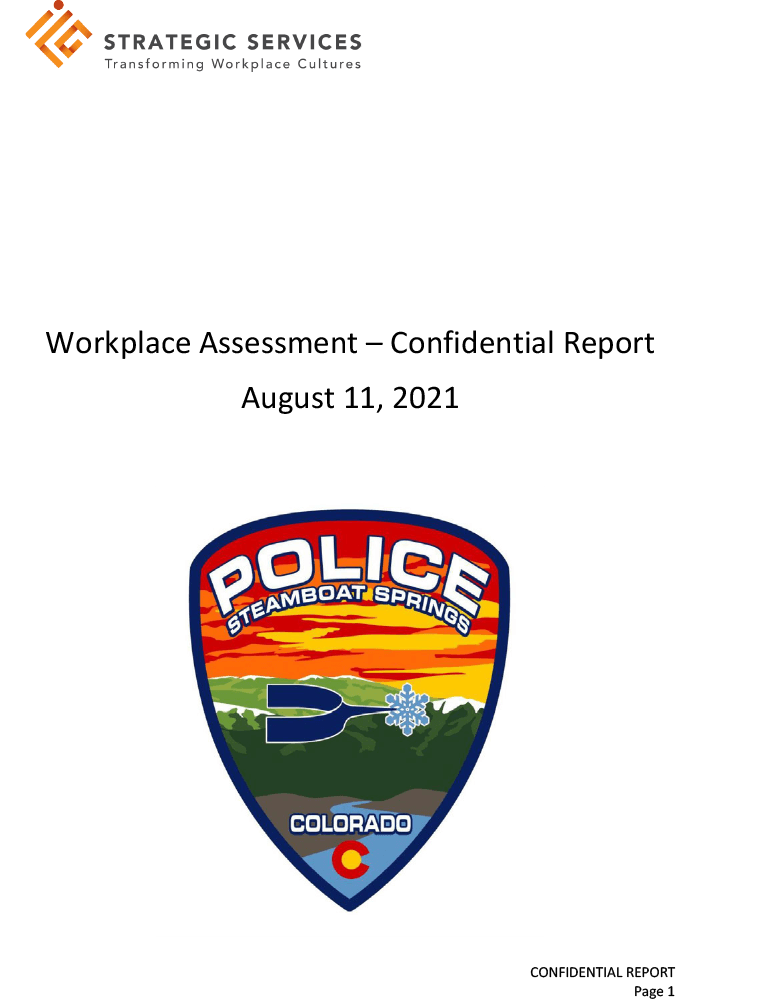 Some of the top scoring questions highlighted that leadership is doing a good job engaging, command is available when problems arise, and employees feel respected by their supervisors. The representation of women and ethnic diversity increased significantly and an improvement in the standardization of officer conduct was reported.

Like other industries, competitive compensation and housing availability were identified as concerns by staff as well as addressing poor performance quickly and bringing greater cohesiveness between sworn and non-sworn employees.

The City Attorney’s Office engaged ILG Strategic Services to conduct an in-depth Workplace Assessment for the SSPD to evaluate the work climate, measure the extent of perceived discrimination and harassment present, and set a baseline assessment.

The assessment was conducted between June 9 and June 18, 2021, consisting of a Culture Survey, telephone interviews with leadership and voluntary interviews offered to all participants. Typically, only 30%-40% of employees partake in engagement surveys, however, the SSPD saw a 68% (27 out of 40) participation rate. ILG was initially engaged to conduct the assessment on April 28, 2021.